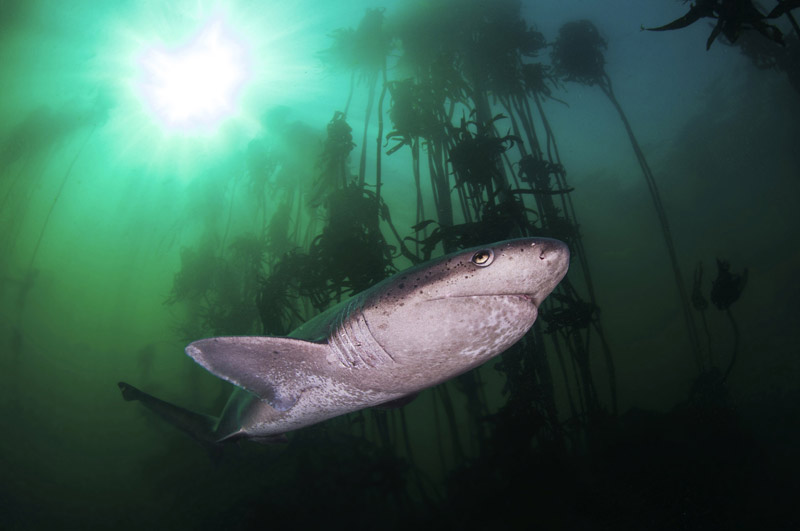 Identification: Cow sharks are a primitive form of shark of the order Hexanchiformes, which comprises six species with either six or seven paired gill openings (most other sharks have five). The most obvious form of identification is the absence of a first dorsal fin in all species. Of all the Hexanchiformes, the broadnose sevengill cow shark is the species most likely encountered by divers in shallow waters above 50m. The body colouration varies from dark brown to black and grey with mottled white and grey underbelly. The pattern of dark and light spots that appear on the body can be used to identify individual sharks. The upper lobe of the caudal fin is almost one third of the total body length.

Biology: Broadnose sevengill cow sharks, reach lengths of at least 3 m and weigh over 100 kg. They are thought to reach sexual maturity at 1.5 to 2.2 m in length and are known to live as long as 49 years. Sevengill cow sharks are a versatile predator feeding on a wide variety of prey species, including other sharks, rays, fish and even cetaceans. Although scavenging behavior is common in the species they are also thought to be an active, ambush predator that actively hunts seals. 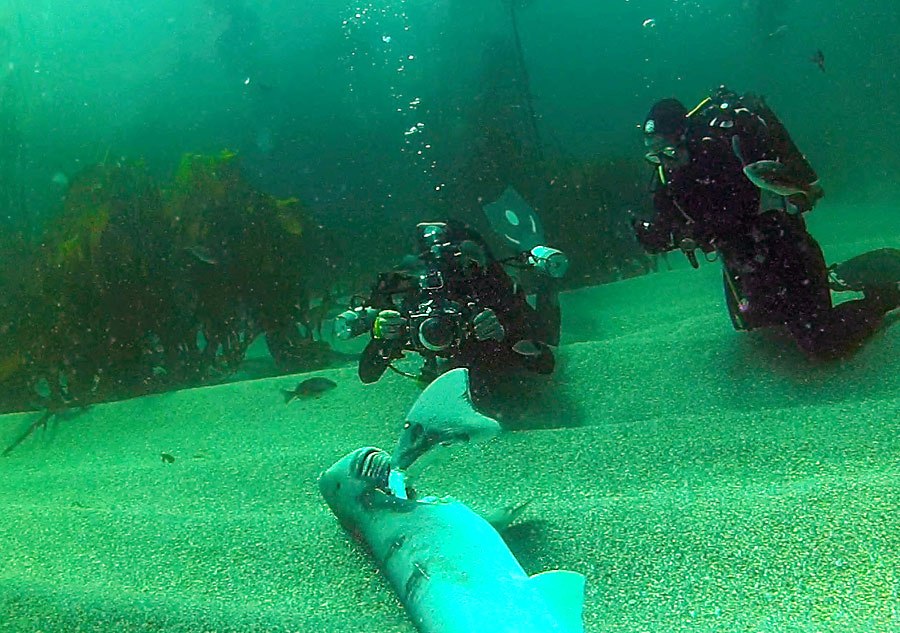 Behavior: In southern Africa cow sharks are found from Namibia to East London. For many years Cape Town has been regarded as a hot-spot for diving with these primitive sharks. The dive site at Millers Point being know to host as many as 30 animals in confined area of kelp forest. The reason for these aggregations is little understood and may never be, as sightings are now rare. Recent orca activity has played a role in chasing sharks from the area. Why they have not returned is uncertain. Cow sharks are now most frequently sighted at Seal Island in False Bay. With the disappearance of white sharks from Island, it seems that the cow sharks are now occupying that ecological niche as a top predator. 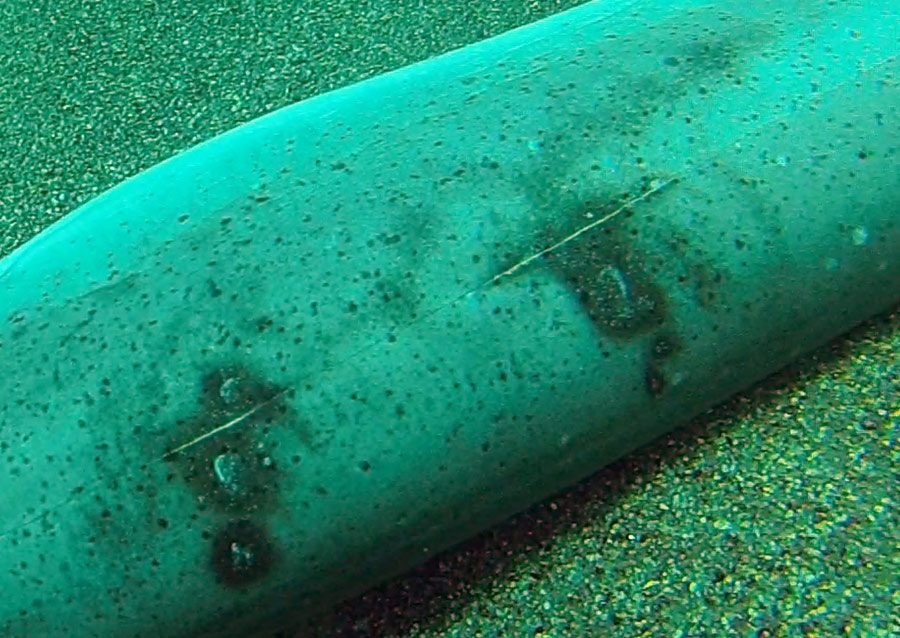 Orca predation on sharks: In 2015 we found 7 dead cow sharks at the Millers Point dive site. We first suspected human activity but closer examination showed clear evidence of orca predation. Bruising from teeth on the body was the most obvious indication. All the dead sharks had been ripped open at the gills and it was subsequently found that the livers had been removed (the only part eaten). The spacing of teeth marks and the jaws were both in keeping with orca dimensions (see image). While nobody witnessed the attacks there were several reported sightings in the area of two male orcas known locally as Port and Starboard (due to their bent dorsal fins – one to Port and one to Starboard). The same day the cage diving operators reported the disappearance of white sharks from Seal Island, some 9 km away – what was the connection? Over the following years it has become clear that these two orcas have become specialist shark hunters and are amazingly in-tune with the movements of both great white sharks and the cow sharks. Whenever there is a sighting of Port and Starboard, the sharks disappear.