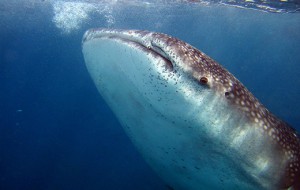 Dive Sodwana Bay: Sodwana Bay lies hidden amongst the coastal dunes at the northern edge of the St Lucia Wetland Park. The dive sites of Sodwana Bay represent the most southerly hard coral reef systems in the world. Located at the centre of a vast marine reserve, Sodwana Bay is widely regarded as the scuba diving capital of South Africa.

The reef systems of Sodwana play host to a myriad of tropical fish and are frequently visited by the larger pelagics. Pristine hard coral structures reveal numerous overhangs and swim-throughs that are accentuated by many vibrant and colourful soft corals. Whilst potato bass, turtles and monster moray eels are not uncommon, don’t be surprised by a pod of bottlenose dolphins or the unforgettable presence of a whale shark either on, to, or from, the dive site.

Dive Sodwana Bay: The dive sites of Sodwana Bay are named in accordance to their distance from the launch area – from Quarter Mile to Nine Mile Reef. Most of these sites boast a number of separate dive options on the same site.

The majority of dive sites at Sodwana are relatively shallow, with an average depth of around 15m although several deeper sites are available for those with experience. Visibility is seldom below 15m and often exceeds 20m in the winter months. Temperature ranges from 20 – 28 degrees Celsius.

Shark diving Sodwana Bay: For shark diving enthusiasts, Two Mile Reef becomes the seasonal resting area for female ragged-tooth sharks during the first months of their gestation period until the end of February while the summer months also present divers with the best chances of a whale shark encounter.

With it’s scenic beauty and close proximity to Hluhluwe and Umfolozi game reserves, Sodwana Bay is an ideal destination for divers who’d like to experience the wilder side of South Africa. View our dive tour pages for packages that include Sodwana Bay or allow us to create a custom tour for you with transfers and accommodation to suit your individual requirements.