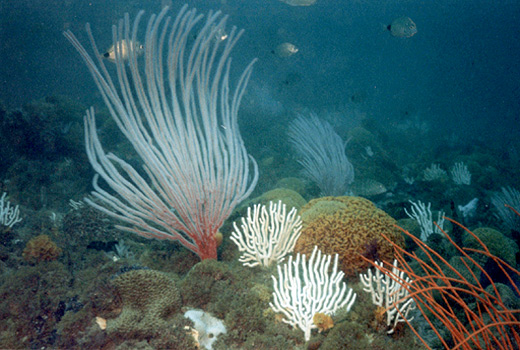 Dive the Garden Route from Mossel Bay to Knynsa, Plettenberg Bay(Plett) and Port Elizabeth. All these areas boast fantastic dive sites and a good diving infrastructure, however the full diving potential of the Garden Route is often overlooked by visitors. To us at Oceans Africa it hardly seems fair that the local divers are allowed to keep these treasures to themselves.

The Garden Route is a densely vegetated coastal plateau of  fynbos (fine bush) and forest set between spectacular mountain ranges to the north and a rugged coastline of cliffs and beaches to the south. The natural beauty of the region is only surpassed beneath the waves. 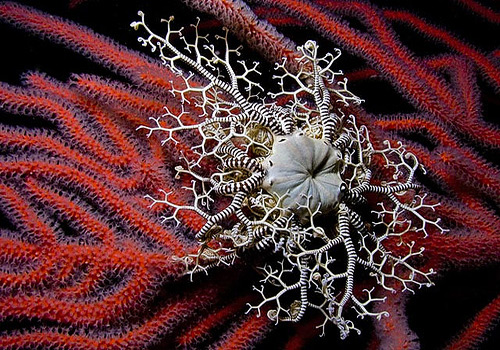 Garden Route dive sites: Truly a garden route underwater, the dive sites of the Garden Route are a macro photographers dream. Invertebrates thrive in these temperate (14 – 24 degrees) nutrient rich waters, so don’t be put off by comparatively low visibility – if you don’t get the big picture there’s a whole world beneath your nose. 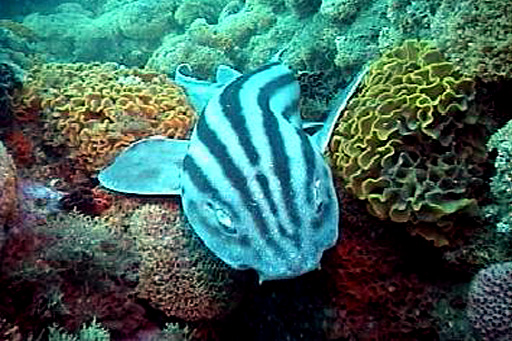 Shark Diving on the Garden Route: Many of the dive sites along this coast boast regular sightings of ragged-tooth sharks as well as several smaller species of cat-shark found among the reef and hiding in caves. Occasionally larger sharks such as white sharks, mako, thresher and bronze whalers are sighted cruising the reef fringes, however these encounters are rare without baiting.

As of 2018 there has been a shift in movements of white sharks with Mossel Bay now becoming the hot spot for  cage diving in South Africa. Mossel bay is great dive option for those travelling this coast either to or from Cape Town. The increase in white shark activity is also become apparent in Plettenberg Bay which now counts itself as one of the few places in the world where white sharks can be seen regularly from land.

It would be impossible to include details on all the dive sites along this coast. They are far too numerous and many are still waiting to be discovered. Our dive tours concentrate on the dive sites accessible from Plettenberg Bay and Knysna at the heart of the Garden Route, but do not exclude the excellent diving found from Still Bay to Port Elizabeth and along the coast to Port Alfred and East London.

Enquire about our dive tours or create your own Garden Route dive itinerary by sending us an e-mail info@oceansafrica.com

Oceans Africa is the only tour operator in south africa to specialise in both Scuba Diving and Whale watching tours. With partners and associates in all the main coastal regions of South Africa and Mozambique, we can create the perfect tour package for you ! Send us and e-mail: info@oceansafrica.com