From a historic point of view, Cape Town has played a key role in European trade links with the East since the 17th century.

Early navigators braved the Cape of Good Hope in search of wealth in India and China. Slaves, spices, porcelain and gold were amongst the main motivations. Cape Town became a crucial stop-over for supplies and the area was gradually colonised as South Africa’s own wealth of natural resources became apparent. By the mid 18th century, Cape Town had become a major port, a center of administration and a melting pot of cultures, mainly Dutch, French, British and of course the local Khoi and San peoples. These influences are still very prevalent today in the architecture, cuisine, music and peoples that make Cape Town such a cosmopolitan and vibrant destination.

Geographically Cape Town is hard to beat. In the shadow of the Table Mountain range – now a world heritage site and national park – the city and its suburbs cling to the coastline around the Cape Peninsula, with frontage on both the Atlantic Seaboard and False Bay. Cape Town offers the visitor a rare blend of city convenience with wild, unspoiled tranquility. The climate is classed as Mediterranean, with hot dry summers and relatively mild winter months.

As one of the worlds premiere destinations, Cape Town is arrival and departure point for millions of visitors each year with direct flights from most European capitals. The city  boasts many cafés, restaurants and bars and with so many other attractions for the visitor it would be impossible to cover them all in this text. Cape Town highlights include: 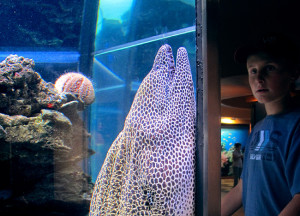 The V&A Waterfront: The Victoria & Albert Waterfront, South Africa s oldest working harbour now receives a staggering 23 million visitors a year – more than any other attraction in Africa. The waterfront hosts many businesses, shops, restaurants and accommodation, providing a wide variety of entertainment and activities both day and night for locals and visitors alike.

Kirstenbosch Botanical Gardens: Kirstenbosch is one of the worlds great botanical Gardens. Founded in 1913 it’s exhibits are all indigenous and represent much of the countries biomes. The new “Boomslang” canopy walkway offers spectacular views from the treetops, over the gardens, to the mountains and the city. With many beautiful, shady walks through the forest and by the by the water, Kirstenbosch is the coolest place to be on those hot summer afternoons. Also look out for the program of summer concerts and enjoy live music in this spectacular open-air arena.

The Wine Route: With literally hundreds of estates to choose from, many fine wines to sample, excellent restaurants and stunning scenery. The Wine Route is another essential on anyone’s list and only a short drive to the centres of Constantia, Paarl, Stellenbosch and Franschoek.

Table Mountain: No visit to Cape Town is complete without a tour of its iconic landmark. Visit the summit for kaleidoscopic views of the city and down the Cape Peninsular, then return by cable car, hike or even abseil back down.

WHALE WATCHING TOUR  CAPE TOWN – HERMANUS – GANSBAAI Whale and dolphin watching tour. 3 x Nights from ZAR 12 650 per person sharing. This is a […]
Do you like it?
Read more

This message is only visible to admins.
Problem displaying Facebook posts.
Click to show error
Error: An access token is required to request this resource. Type: OAuthException