Extending from the Kei River mouth to Port Edward and inland to the Drakensberg Mountains of Lesotho, the Wildcoast has remained relatively undeveloped for the last forty years. 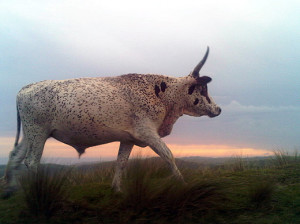 The former ‘independent’ state of the Transkei became a designated homeland in the 1960’s and the region was only re-integrated into South Africa in 1994. This troubled history has created a relative time capsule, preserving the cultures and landscapes of the Wildcoast from indiscriminate modern development, whilst providing the more adventurous visitor with an unforgettable, all African experience.

From the inland national road (N2) and the bustling capital of Umtata, a rolling grassland, dotted with rondavel settlements, meets a coastline of afro-montane forest and rugged cliffs. Almost 400 km of unspoilt and relatively unexplored coast, extends eastwards towards Port Edward at the southern limit of KwaZulu Natal.

Access to many coastal areas on the Wildcoast can be difficult without 4×4 assistance and as with the Garden Route, walking or hiking remains the best way to experience the true beauty of the region.

Tour highlights of the Wild Coast include: 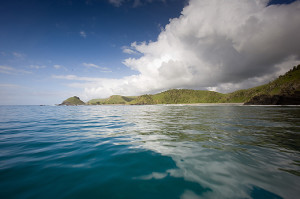 Coffee Bay: Reputedly named after a wreck that spilt its cargo into the bay – boasts some splendid beaches and stunning coastal scenery. The three hour hike to the hole in the wall is well worth the effort. Known by the locals as esikhaleni or ‘place of noise’ – a high cliff with a naturally eroded archway stands alone and exposed to the pounding open ocean.

Port St. Johns: at the base of the spectacular Mzimvubu ravine. Ten kilometers of navigable river open onto a wide sandy beach and estuary, with excellent fishing, forest walks and the Silaka Nature Reserve.

Port Grosvenor: Near to the final resting place of the ill fated merchantman Grosvenor (1782) and site of numerous and misguided attempts to recover her treasures.

Mboyti: With it’s hikes to the spectacular Waterfall Bluff and Cathedral, Mboyti provides access to some of the most beautiful coastal scenery in South Africa. Mboyti River Lodge is the main base for seasonal sardine run tours in South Africa – see Wildcoast dive sites.

We can take you too amazing places you have never been before. Only accessible via boat 🛥 with a trusted skipper with years of Ocean Experience. Join us for a False Bay Personalised ocean experience!! #falsebay #adventures #happiness #OceanExperience #oceanlife #oceanlover #oceansafrica #oceanadventures #Free #saltylife #oceansmiles #boattrip #capetown #activities ... See MoreSee Less